Why loyalty in a relationship is essential | Brides 4 Love

Humanity has tried many types of family relationships: polygamy, polyandry, open relationships, guest marriages, etc. Diversity still exists today, but monogamy continues to take precedence. In the past, fornication was condemned and even punished. Nowadays, free from the strict prescriptions of public morality, we still most often choose fidelity and being loyal in a relationship. And this choice is not accidental.

Meaning of the word loyal

Loyalty definition 2021: A strong, continuous commitment to following the rules set for a particular situation or area. It is devotion as a category of ethics and morality. In relationships, this is the desire to stay close to one partner and to perceive them as your only sexual interest, physically and emotionally.

Loyalty requires a high level of willpower and awareness. Straying from it is called cheating or betrayal. In society, devotion is exalted; it is considered one of the main signs of strong relationships and a highly moral personality. Despite this, it is quite often ignored, even if the traitor was previously satisfied with the object of loyalty (spouse, faith, country, etc.).

What do scientists think of loyalty in relationships?

Emotional attachment is often the result of sexual contact and not vice versa. Scientists at the Institute for Empirical Economic Research at the University of Zurich (Switzerland) have come to the conclusion that the hormone oxytocin influences feelings of mutual trust and closeness. With intercourse, its level in the blood rises, and the more often a person has sex, the sooner they have a feeling of unity with a partner.

If the partners do not love each other, their intimate meetings can provoke a false sense of unity and lead to dependence on a person to whom they have no attachment.

Mammals are not inherently monogamous. But a human being differs from other animals in that they can make conscious choices and can influence what happens to them. For instance, they can avoid thoughts of attraction to someone else if this romance would negatively affect their life.

Types of loyalty in relationships

Loyalty classifications differ by level and object. According to the first criterion, loyalty can be divided into:

The second criterion allows us to break it down into even more varieties of loyalty since it depends on who or what its object turns out to be:

Not only can people be devotees, but also some animals. Most often, these include dogs, cats, horses, dolphins, monkeys, and other animals with a well-developed nervous system. However, most controversies and misunderstandings are precisely related to loyalty in a love relationship.

Romantic relationships are built on respect, strong emotional connection, and physical attraction in terms of sexual relationships. An essential foundation of all relationships is not only a strong spiritual bond but also physical loyalty to your partner.

Falling in love is an acute emotional state in which a sense of ownership is inherent. Therefore, cheating is considered not only physical intimacy with others, but sometimes even hugs, communication, and attention directed to another person. It should be noted that virtual communication, flirting, and virtual sex are also perceived as cheating. Therefore, loyalty in a relationship takes place until the moment a partner’s attention and feelings are switched to another partner.

It is still possible to forgive and accept physical betrayal as a one-time weakness, but in the case of a so-called emotional betrayal, the couple inevitably breaks up. Emotional betrayal — when one partner switches his feelings to another person — is usually perceived as much more painful than physical cheating.

Examples of loyalty in relationships

Loyalty, as we already know, is far from just the absence of cheating. Surely, if you want to be loyal to your partner, the first thing you must do is to give up even the thought of dating other Ukrainian women. When you are in a formal relationship with someone, having an affair behind his or her back destroys the very idea of a real and healthy relationship. But how else can a loyal woman, and people on the whole, show their loyalty to their partner?

1. Be open and vulnerable with your partner

Being faithful to your partner means being extremely open to them and not hiding anything. When it comes to truthfulness and openness, it is crucial to remember that for this, you need to communicate regularly about relationships, feelings, emotions, and what trust and loyalty mean to the two of you. When a relationship is formed in which both partners truly love each other, they inevitably become vulnerable. And while vulnerability may seem like something bad, something negative, actually, its absence may indicate that your relationship has no future.

2. Try not to hurt your partner or lie

Surely, for your relationship to be truly strong and healthy, you must not hurt your partner’s feelings and emotions. But only truly loyal people can do this without lies and omissions. Many people lie to their partners so as not to hurt their feelings. But if they were truly loyal to them, they would not have to lie. Yes, sometimes a lie can be truly innocent, but if you lie so that your partner does not find out about some reproachful act of yours, this means you are not being loyal in a relationship.

An unconventional concept of fidelity

But there are also cases when couples agree in advance on the format of an open relationship. What does this mean? While in a relationship, the partners agree on the possibility of flirting or physical connection outside their union and date Russian girls. It is crucial to remember that the key to loyalty is respect for the intimate life of a couple, for emotional and spiritual connection. A couple should feel comfortable together not only when it comes to physical intimacy but also in everyday life.

Importance of loyalty in a relationship 2021

Perhaps the most evident reason is the risk of getting HIV or an STI during adultery. Not all sexual acts outside the relationship are intentional. Often, this is the result of alcohol, a strong emotional outburst, or, finally, a sharp jump in hormones. It is unlikely in such moments for someone to think about using protection. And even more so, no one will demand a medical assessment from a venereologist.

Another crucial reason is that being faithful means cultivating and strengthening in oneself moral courage and discipline. These qualities are unlikely to be superfluous in any area. This means not only working on your intrapersonal qualities but also the development of social skills. When staying loyal in a relationship, you will have to learn to interact effectively with your partner to overcome obstacles together successfully.

When the trust of a loved one is lost, the traitor is deprived of all the benefits of a healthy relationship:

For many, cheating is an unforgivable act. Even if the traitor was going through a tough situation, it will not be easy for the partner to help and forgive the mistake. And on the contrary, a loyal person receives:

Emotional loyalty in a relationship

Everyone is used to discussing physical infidelity, and everyone knows that cheating is painful. But sometimes, being honest with someone else hurts even more. If you spend a lot of time with your friends or acquaintances and share secrets with them but don’t tell them to your loved one, this may hurt even more.

In communicating with a woman, a man reveals his soul:

The woman with whom he shares his innermost thoughts is his wife. A man will usually not bare the strings of his soul in conversation with other men.

Women fulfill their emotional needs differently. They share their experiences not only with their husbands, but with friends, acquaintances, or neighbors. With them, women talk about topics that men tend to avoid when communicating with friends. Therefore, a man could see a short and insignificant conversation between his woman and a friend as emotional infidelity. Most likely, he sees it as an opportunity for her to reveal family secrets, a threat to his relationship.

Loyalty is a free choice of a conscious person. That is why it is so essential in a relationship. It shows the seriousness of the partner’s intentions: You cannot force a person to be loyal — neither threats nor appeals to a sense of conscience and justice will help. Loyalty teaches you to control your emotions, not to succumb to momentary desires and lust. In consciously deciding to be loyal, a person takes full responsibility for the relationship and their partner.

How to Tell If a First Date Went Well 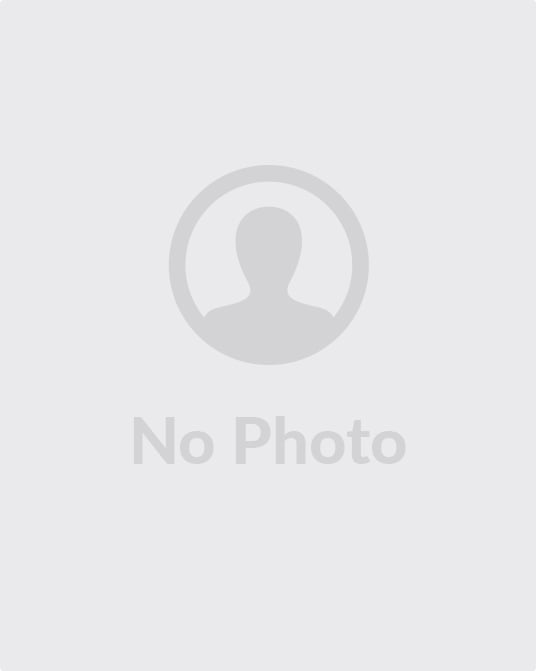